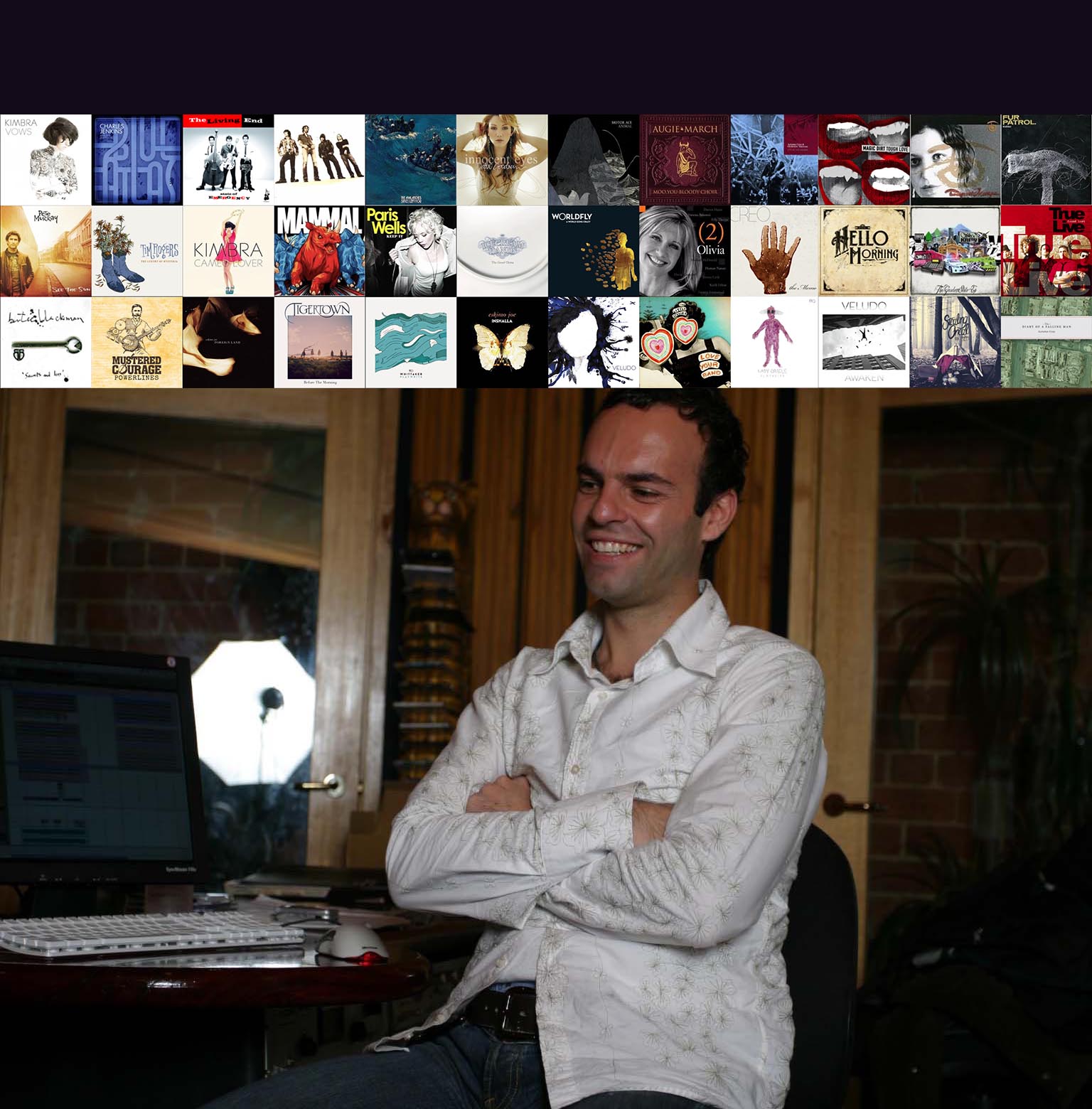 Jimi has amassed a solid discography, peppered with Multi – Platinum, Award Winning artists. Several albums he has worked on, including The Living End’s State of Emergency, Pete Murray’s See the Sun and Eskimo Joe’s Inshalla have reached the highly coveted #1 position on the Australian Charts.

Jimi’s contribution to Eskimo Joe’s Inshalla alongside Grammy Winning Producer Gil Norton (Pixies, Foo Fighters) scored him an ARIA Award Nomination for Engineer of the Year in 2009, whilst his sterling production work on Mustered Courage’s Powerlines saw the album nominated for Alternative Country Album of the Year at the 2014 CMAA Awards. Jimi also produced the single Cameo Lover by the globally lauded Kimbra. The song delivered to Kimbra the 2011 ARIA Award for Best Female Artist and also won the prestigious Vanda & Young Songwriting competition.

Jimi is also an accomplished musician, at age four he began learning acoustic guitar, over time adding drums, bass, vocals and song-writing to his repertoire. In tandem with his mixing and engineering prowess, this breadth of musicality helped lay the foundation for Jimi’s emergence as one of Australia’s premiere producers. Maroudas has also appeared on backing vocals in You Am I’s Deliverance album and played guitar on Olivia Newton John’s Duets record.

Jimi’s versatility and musicianship has attracted artists at all stages of their career, his ability to mine the creative potential of all the artists he works with has earned him the deserved respect and recognition as one of the finest producers in the country.

Prior to pursuing a career in music Jimi Graduated at Monash University with Honours in a Bachelor of Computer Science and Engineering. He was also Awarded the Dean’s Scholarship for Academic Excellence. He played music throughout.

5 Aria Nominations including Engineer of the Year 2009

"The Luxury of Hysteria"

"Before the Morning" EP

Charles Jenkins and the Zhivaghos

"State of Emergency - Into The Red"

"I love the focus, discipline and hard work that goes into capturing great performances"

"It’s all about highlighting the emotion, song narrative and realising the vision"

"A great song can change the world. It’s our responsibility as artists to keep working until we’ve hit the emotional zenith"

Jimi Maroudas has also featured at: 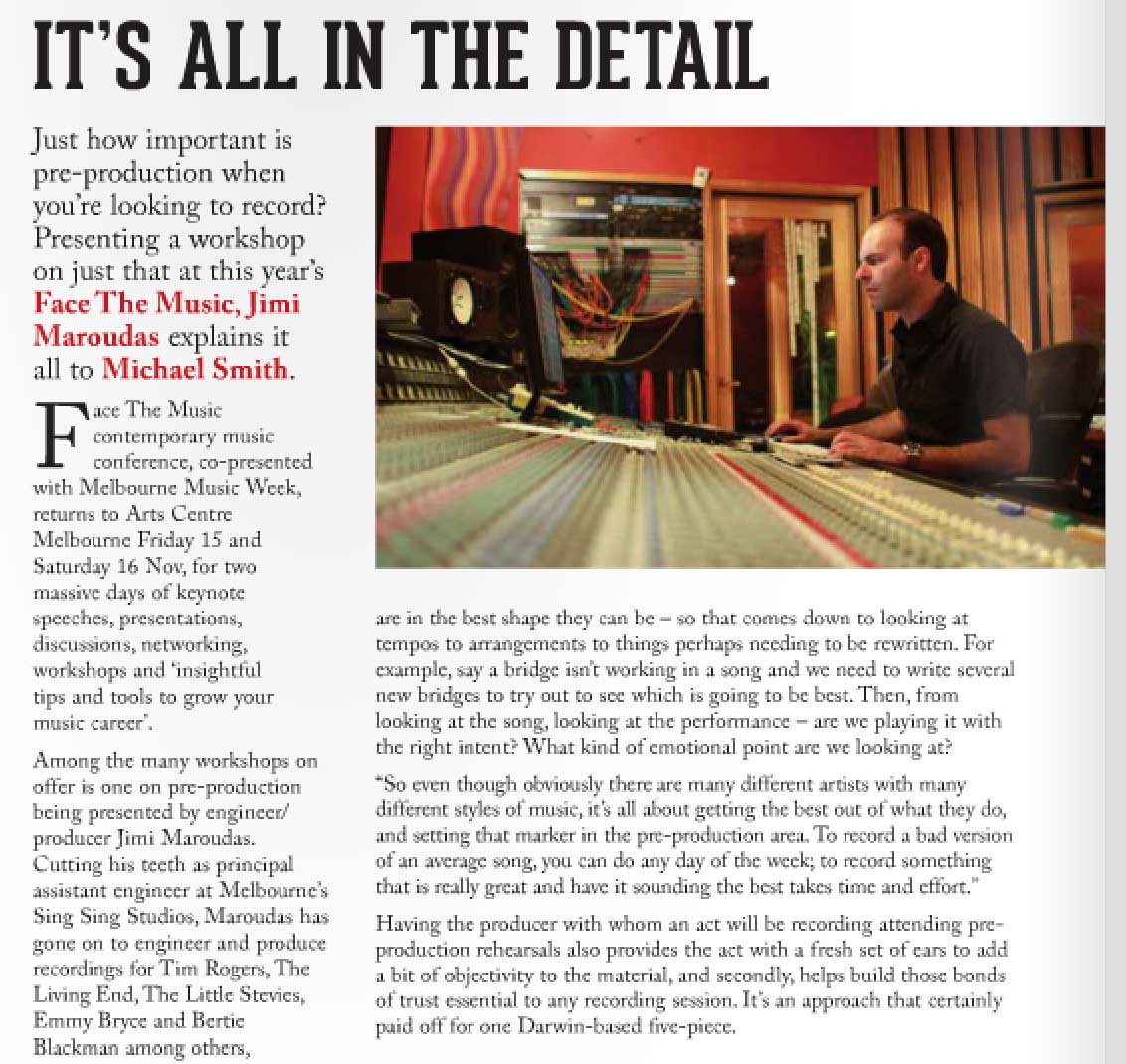 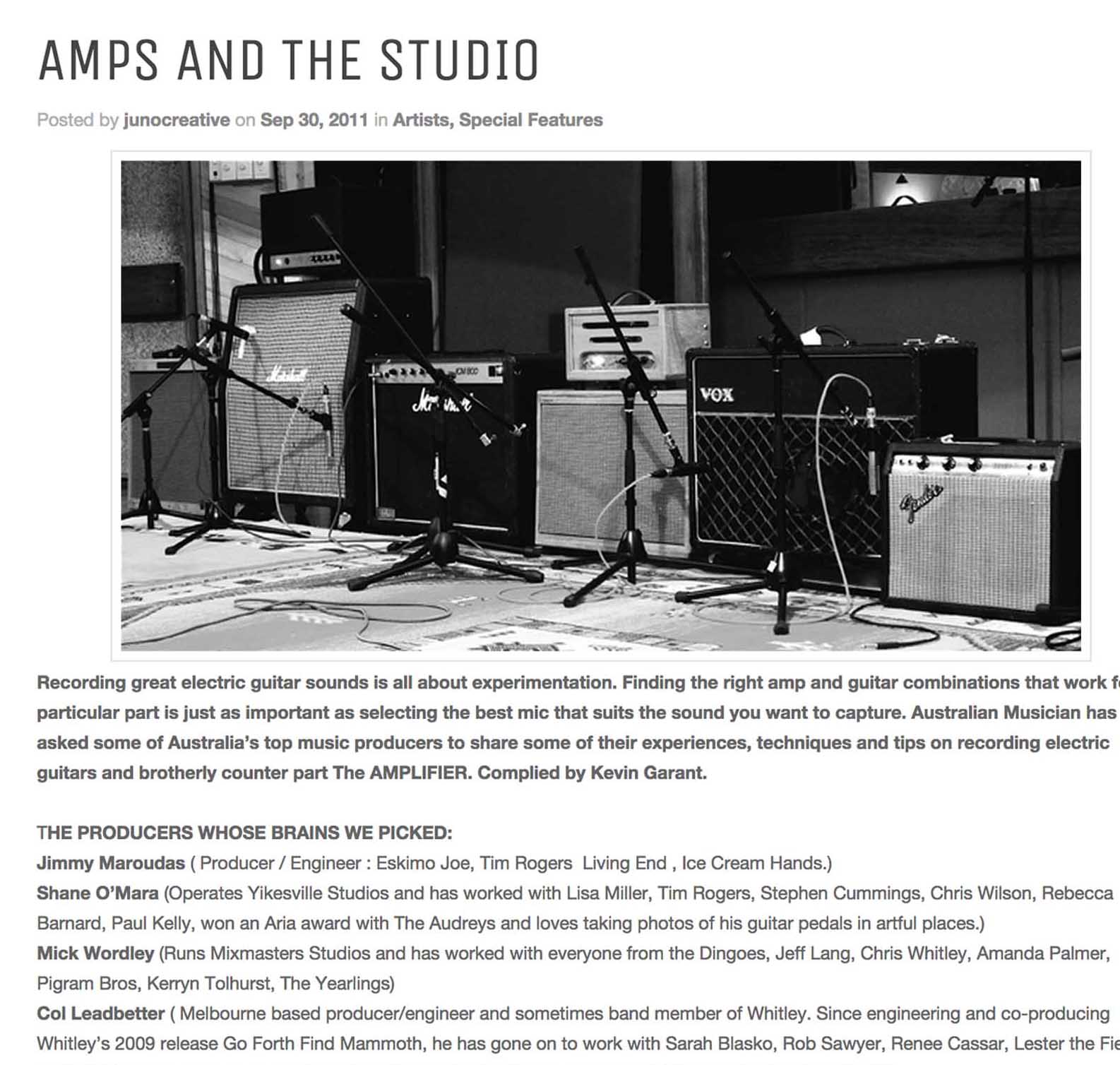 AUSTRALIAN MUSICIAN
AMPS AND THE STUDIO 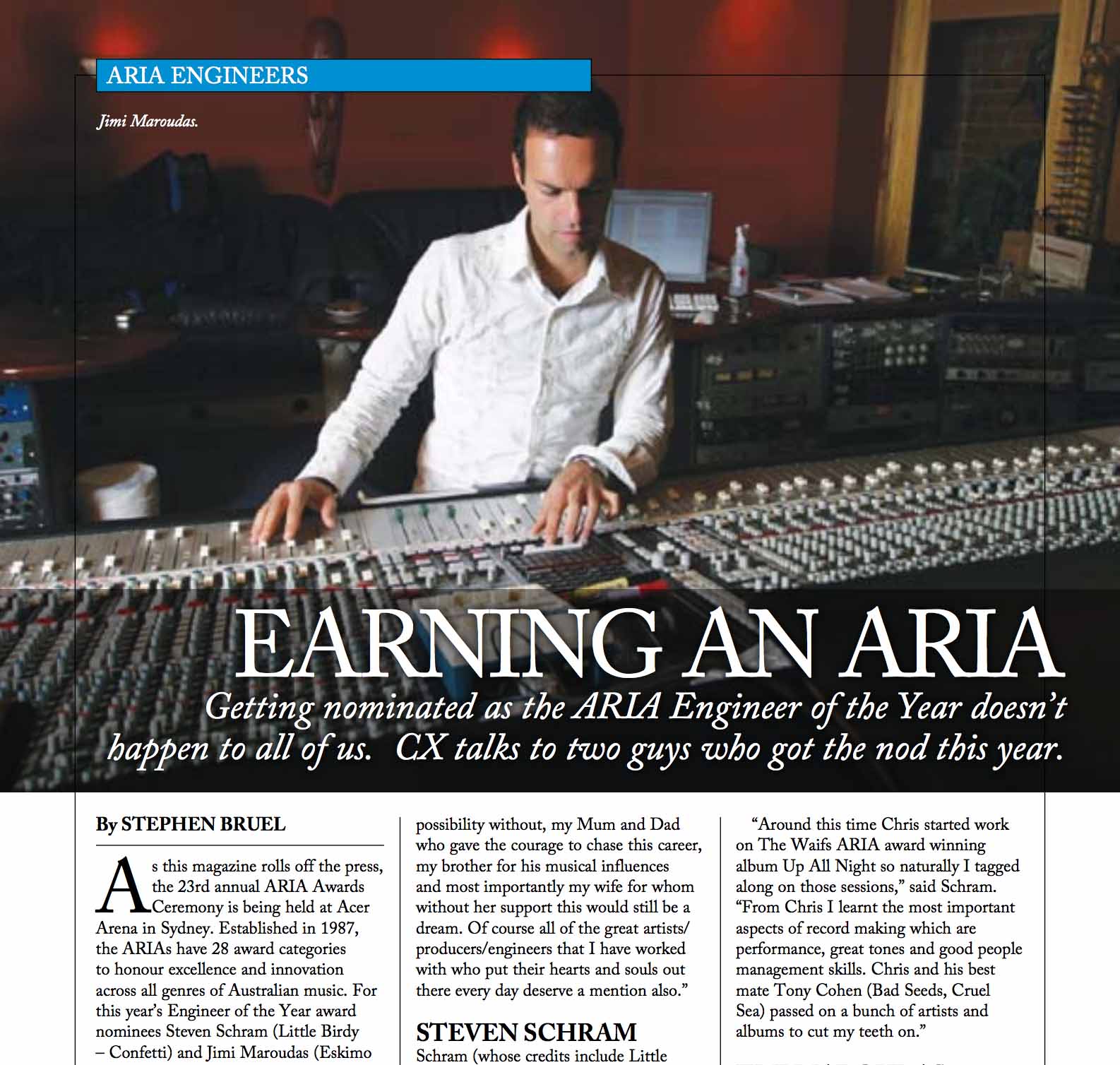 Demos can be sent to Jimi directly at:

All enquiries to be directed to Catherine Haridy Management:

You can also connect with Jimi on: